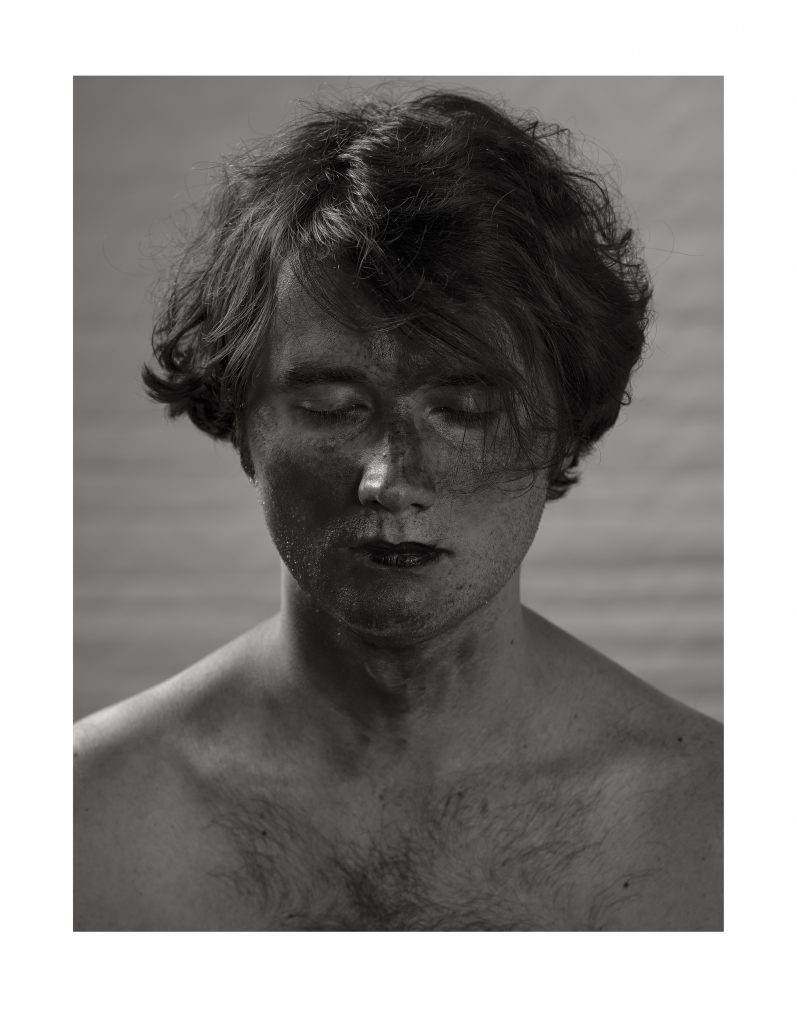 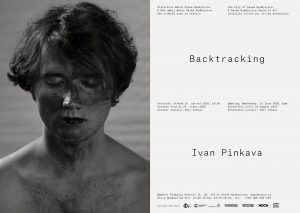 The exhibition title, Backtracking, reflects well-known Czech photographer Ivan Pinkava’s decision to work with an intuitively developed space-time configuration. In order to achieve this objective, he has ignored the chronology of his works and has left out all information on the photographs as well. This creative process has created a “map” of black-and-white and color photographs of various ages and sizes. The exhibition emphasizes the relationships among the various works, their spatial arrangement, and the tension between their various contents.
The need to “backtrack” relates to the various aspects of the collapses that have recently visibly transformed natural and social phenomena all around us by undermining our ordinary human certainties and changing the orientation of their established axes. Pinkava is essentially asking how we should approach the world today in order for so-called experiences to retain their validity even in moments of crisis and upheaval. The same situations and objects suddenly find themselves in new semantic contexts. The world, which seemed to be logically reified by the force of our own vital presence within it, is suddenly dematerialized. It loses its contours and becomes an emancipated, often unguided, unifying emotion (anxiety, foreboding), an ambivalent, formless feeling that reflects the compensatory volition to (blindly) act. We speak of inner movement within the consciousness of man, the causes, direction, and course of which we cannot control by reason. It is like a whirlwind that, in a moment, sweeps across the horizon of a familiar landscape, except that afterwards everything begins to – sometimes radically, sometimes in a subtly changed form – settle back into place again. The change, however, is immediate, irreversible, and total. The crisis has its inner and its outer aspects. Art can bring them together and make them present.
Permanent crisis is an unreal state for man. It dismantles his ability to act and transforms the world into a collectively shared feeling. Tradition, as represented by symbols, suddenly emerges from the shadows of oblivion as a sum of simple codes that, to our surprise, we are capable of reading. Mementos, warnings through time, a cross, a skull, a plague column, a raised finger, or a hand from the heavens. They are a synthesis of simple notions of human existence within the conditions of this world, conditions that we see as an inexhaustible givenness even if it is not so. In the photographs of Ivan Pinkava, this involves working with minor shifts, concealment, variations of traces and imprints, mystification, and a spectrum of minor irritations whose concatenation contains the potential of a simulated shock. Characteristic elements include staticity versus artificial, arranged movement (for figures); artificial lighting (lightbulb); and the use of dramatic shadows in the physical world, which in principle remains hidden so that it can, in certain places, be dramatically revealed. The concept of “backtracking” is perfectly combined with the medium of photography, in which light is not just a means of expression but also one of the basic conditions for life. The fissure of the crisis lays bare the trajectory of meta-experience, whose destructive influence we are not necessarily prepared for. The same trajectory, however, can also act in the opposite direction. It can let us see hidden contexts. It can be an initiation or a rebirth in the sense of a renewed awareness that “being” means “being on the path,” on a path that his “headed” somewhere. And in order to head somewhere, we must take full responsibility. We must renew the moral being within ourselves, for the view of a moral being can remedy the physical world.
Petr Vaňous