Josef Bolf: Some (Not All) Futures 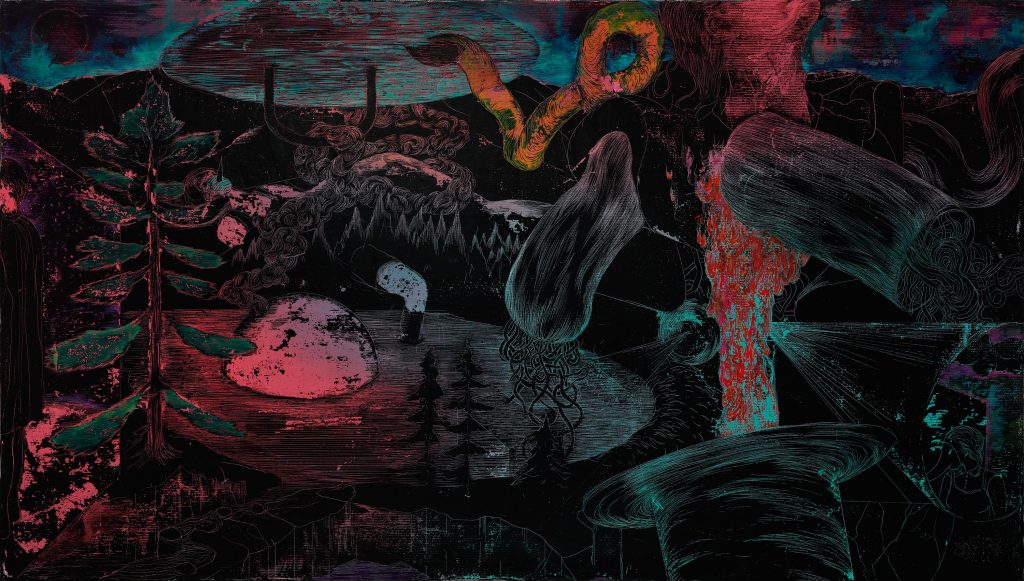 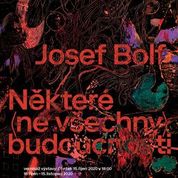 After a smaller retrospective at Prague’s National Gallery late last year and after his spring exhibition at the Gallery of Fine Art in Ostrava, one of the most sought-after members of the middle generation of Czech artists presents his works at the Gallery of Contemporary Art and Architecture in České Budějovice. A significant number of the paintings were made expressly for this exhibition’s needs.
Probably the most important themes in Bolf’s new paintings are the relationship between time and space as two inseparable quantities – and also the painter’s possibilities for capturing their abstract and complex nature. Bolf has long created figurative paintings in which the human figure exists in a more or less realistic landscape. Here, too, this starting point for exploring these themes has been the traditional illusive painting. Bolf’s artistic development has been characterized by a gradual development and transformation, without any sharp and unexpected turns. His new paintings thus show his typical technique of scratching the motifs into a layer of black paint, although more than ever before this process reveals brightly colored layers of painting underneath. However, this mottled background, revealed to varying degrees, only amplifies the paintings’ psychedelic effect. They are at first glance filled with a multitude of elements, strangely contorted figures, and multiple perspectives and zooms, all of them overlapping and mirroring one another. There are hints of Bolf’s usual emphasis on narrative, so frequently applied not just in his paintings, but also in his drawings, comics, and several puppet or animated films.
With the title of this exhibition, Josef Bolf embraces the imagination of the short story “The Garden of Forking Paths” by the famous Argentinian writer Jorge Luis Borges – in particular its central part, in which the central character learns of the garden/book that his long-ago ancestor had written with the goal of capturing the manifold nature of time. “Unlike Newton or Schopenhauer, your ancestor did not believe in a uniform, absolute time,” says the scientist who has spent much of his life deciphering the meaning of the confused and seemingly nonsensical manuscript. “He believed in an infinite series of times, in a growing and dizzying web of diverging and converging and parallel times. This mesh of times that merge, split apart, break, and for centuries are unaware of each other, embraces all possibilities. In most of these times, we do not exist; in some, you exist but not I.” Borges’s monumental vision – and essentially also the physics of the deeper characteristics of space-time – can be seen as a kind of guide to Bolf’s new paintings. They help us to more easily accept the direction that he took as a painter when he began to flood the space of the painting with fragments of scenes, situations, lumps, and bundles. At the same time, however, they are internally very intuitive paintings in which some of their futures emerge without preparation, in a loose stream of imagination and painting. Often, they are just as surprising to the artist as they are designed to be for the later viewers.
They are Bolf’s own fantasies, although even with these futures we should remember that they are created in the present, perhaps even from an expanded and shared sense of deafness and the loss of certainties and of a solid anchoring. All the artist has done is to shape them into one of several possible extremes.
Last but not least, Some (Not All) Futures also marks Bolf’s return to the House of Arts after twenty-two years. When he first exhibited here, he was a fresh graduate of the Academy of Fine Arts in Prague and a member of the loosely associated group of artists who called themselves Bezhlavý jezdec – “Headless Horseman.” His star and that of the group was rising, but it was not at all clear whether this metaphor would last, whether they might not turn out to be meteors that would quickly burn up as they fell back to Earth. In the end, however, all four members of the group became respected representatives of Czech art whom curator Michal Škoda has given their proper due on numerous occasions in the past. And it is to his credit that he made Bolf the first to be honored with an exhibition – a decision that showed both courage and foresight. And the paintings from his graduation cycle were truly great. With these works, Bolf had mutated painting into unexpected new shapes, drawing freely from the visual sources of postindustrial civilization and pop culture. Bolf is noticeably more serious in 2020. Instead of wild echoes of the outside world, he presents futures that feel like uninviting dark worlds from the beyond. The only optimism we can find is perhaps that these are not all futures. At the same time, however, and thanks to the coincidence that the exhibition has found him at a time when he has again given free rein to the psychedelic aspects of his thinking, this exhibition sees him coming full circle towards the sense of mental and sensory vertigo that his paintings already evoked two decades ago.