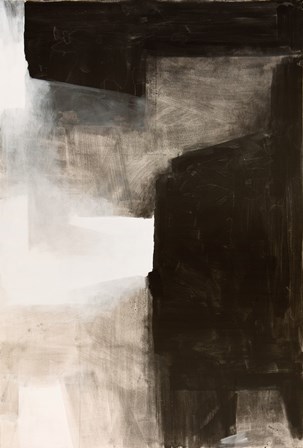 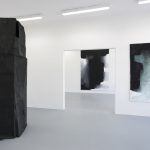 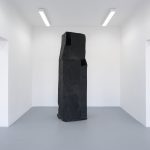 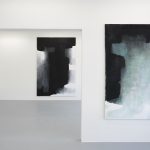 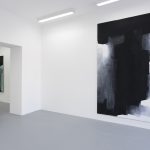 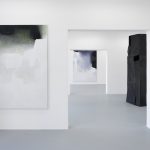 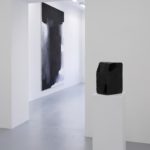 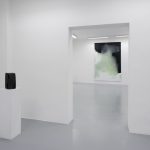 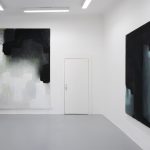 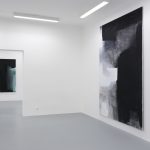 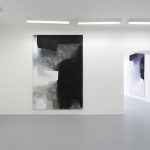 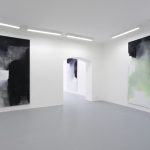 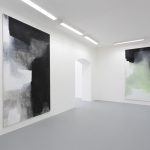 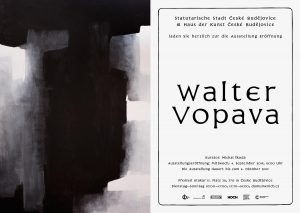 For our next exhibition of the year, we present the work of Austrian artist Walter Vopava – a painter to the core despite having spent the past several years working with sculpture as well. Through his three-dimensional works, Vopava has expanded his range of interest to include physical space, but above all he uses them to further emphasize the uncompromising nature of his paintings.

Vopava was born in 1948 in Vienna, where he lives and works today. Considered one of the most important painters of the New Abstraction in Austria, he studied under professor Maximilian Melcher at the Vienna Academy of Fine Arts. In 1999, he was awarded the City of Vienna Award and an honorary prize from the province of Lower Austria. In 2011, he received the Austrian Art Prize for Fine Arts. He has held countless exhibition, and his works can be found in numerous public and private collections.

If we look at Vopava’s work from the 1980s, we encounter a painting style characterized by elements of figuration, which gradually fades away over the course of the 1990s, replaced by the painting as a color space. The confrontation of color and light creates works possessing a forceful atmosphere in which the use of pigments to add depth to the paintings gives them a distinctive sense of tension. Vopava places dark forms in contrast with bright fields of color to create something like a meditative space that evokes a sense of mystery in the background.

The grounded colors typical for the 1990s have today been replaced by canvases that are suffused with light. Dark tones grow denser to create heavy fields, something like visual counterpoints with shades ranging from gray and green all the way to pink. The softness of the colors further emphasizes the black-and-white contrast and the monumentality of the color field.

The essence of Vopava’s art rests not on abstraction as a “goal.” Instead, abstraction is a path towards focusing on what he considers fundamental to painting – an absence of literariness and figuration in which the main thing is pure, self-aware painting. In the same vein, his is not an art founded on “one” single idea that he is trying to somehow reflect through his work. Instead, it is born out the very act of painting itself.

Walter Vopava’s first exhibition in the Czech Republic presents a selection of recent paintings, supplemented by several works of sculpture. Although the House of Arts’ layout does not allow for the kind of broader sampling of his oeuvre that it deserves, the exhibition nevertheless offers a representative look at Vopava’s work and as such has much to offer. We find ourselves in a setting suffused with the energy of painting – painting through which Walter Vopava tries to find ways of depicting the truth.