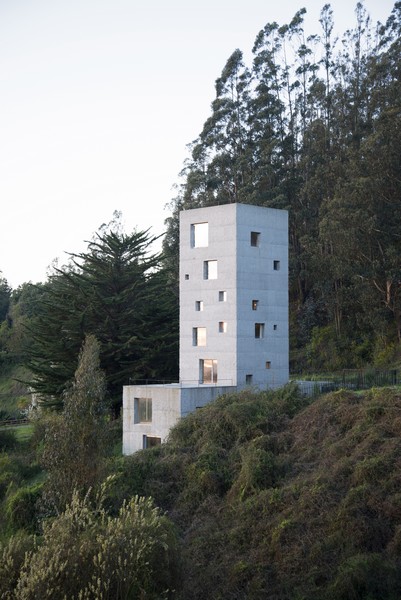 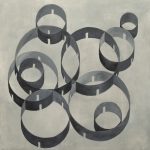 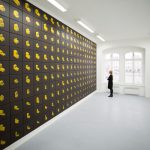 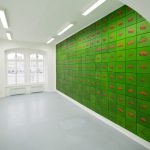 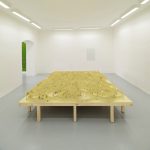 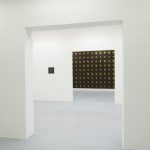 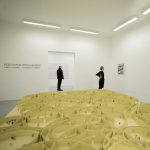 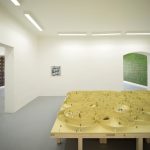 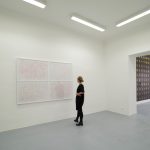 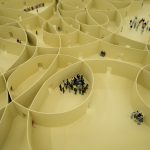 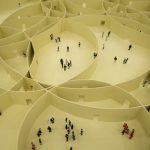 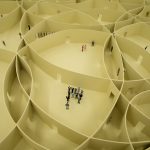 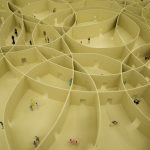 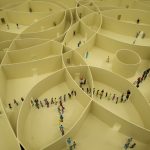 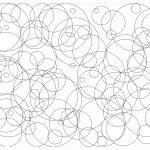 It is a great honor to be able to present one of today’s most respected architectural studios, Chile’s Pezo von Ellrichshausen.  Over the past more than ten years, the studio’s architects have created a remarkably concise body of work, with a distinctive signature style, independent of the latest trends, and with a clear eye towards designing structures imbued with enduring value.

The studio garnered widespread attention – not just from the professional community – with the 2005 Poli House, situated on the rocky shore of the Pacific Ocean 500 kilometers from Santiago de Chile. This remarkable building can be seen as representative of the studio’s work: a sense for material, form and light, a comfortable space created by the limited range of materials – primarily wood and exposed concrete.

The architectural studio of Pezo von Ellrichshausen was founded in 2002 in Concepción, Chile by Mauricio Pezo (born 1973 in Angol, Chile) and Sofia von Ellrichshausen (born 1976 in Bariloche, Argentina). The studio gained international acclaim primarily thanks to a series of houses built not only in Chile, but also in Spain and Portugal among other places.

Pezo and von Ellrichshausen see architecture as a combination of art and science, as another form of artistic expression. Their distinct relationship to the visual arts can be seen in their many land-art works and ephemeral pavilions such as the “120 Doors Pavilion” (2003, Concepción), their participation in the Venice Biennale of Architecture (Chilean National Pavilion, 2010), “No more, no less” (Gallery LIGA – Mexico, 2011), “Mine Pavilion” (Colorado, 2013), Crux Pavilion (Lisbon Triennial of Architecture, 2013), and the highly successful “Blue” at the Sensing Spaces exhibition (Royal Academy of Arts London, 2014). They are also engaged in curatorial activities and teach at various universities in Chile and as hosting professors at various foreign institutions, including the University of Texas in Austin (2011–2014) and Cornell University in Ithaca, New York.
PvE’s work is characterized by a multiplicity of meanings, which the architects present in the form of a simple structural artifact, often with brutalist elements. The studio’s works make use of a limited range of tools – floorplan, cross-section and axonometric projection. One highly important aspect of their work is time, a rare phenomenon in today’s ever more hectic world and one that has had a natural impact on the world of construction. Pezo and von Ellrichshausen, however, place great importance on the exact opposite: careful consideration, attention to detail, and a lack of haste. This, too, can be seen as one of the building blocks of their success.   The work of Pezo von Ellrichshausen can be described as possessing a clear signature style, one that is based on simple geometry and is not subject to any design trends or the latest special technologies. There is a clear emphasis on the rooms’ proportions and layout, as well as on a timeless design that takes into account the natural traces of time. The architects allow for a certain level of imperfection defined by a roughness of detail and clearly visible construction techniques. The aforementioned absence of design is considered an important factor, for good architecture is not about appearances but should ensure that we have the best possible experience from the space… The buildings’ actual spatial design may be compared to Adolf Loos’s “Raumplan”, which makes use of vertical offsets. The irregular placement of windows on the façade – a result of the interior arrangement – reveals another typical feature of their work: the use of varying levels for the rooms. The studio’s architects see their projects as conceptual problems for a particular context; in other words, they try to do the same things, but never in the same way.

Kersten Geers has written of their work: “Ultimately their work is an exercise in typology.  Because of their focus on typology, Pezo von Ellrichshausen’s architecture appears as very simple, almost simplistic. Still, their simple things are always inherently complex. A set of simple iterations and modulations of architectural language that is systematically invested in its most tactile and tectonic incarnation: the building – architecture (here) is building typologies.”

The exhibition in České Budějovice consists of two parts: “Finite Format” and “Infinite Motive” – two works that confirm PvE’s approach and can help us to understand not only artistic qualities in architecture but also the architectural attributes of works of art.

Finite Format 002 and 003 (2014–2015) are two sets consisting of a series of 243 paintings each. These series, the result of a careful study of proportions and formal characteristics, are presented in a linear sequence that simultaneously erodes and strengthens the individuality of each basic figure. It is a logical system that can be read as a contradiction in terms, for one and the same set of mechanical rules sketches out a simple structure that is indifferent to its specific orientation (landscape or portrait).

Infinite Motive (2015) is a series of drawings on paper and one scale-sized model (created in cooperation with students from Faculty of Art and Architecture at the Technical University of Liberec as part of a workshop held in České Budějovice prior to the exhibition’s opening). This project is an open exploration of the capacity of architectural designs, which are ground down by repeating one figure with a broad range of dimensions. In its relatively random nature outside of contexts, programs or structures, the internal consistency of the resulting complicated system becomes an exploration of the concept of the self-regulating plan itself.

The exhibition is held with support from the Czech Ministry of Culture and the Embassy of the Republic of Chile, and in collaboration with the Faculty of Art and Architecture at the Technical University of Liberec.

The event has been financed as part of the project “Building institutional capacity and international partnerships for basic research in the field of architecture and urbanism” (LE14012), realized as part of the EUPRO II Program for International Cooperation in Research and Development financed from the state budget of the Czech Republic.
The project has received support from the Chilean Ministry of Foreign Affairs as part of the DIRAC 2015 cultural programs.
Gallery of Contemporary Art and Architecture / České Budějovice House of Art nám. Přemysla Otakara II. 38, České Budějovice 370 01, CZ tel.: 420 386 360 539, e-mail: adoks@centrum.cz, www.ducb.cz open daily except Monday 10am – 1pm / 1:30 – 6pm

Pezo Von Ellrichshausen Designs A Building Made Up Of 100 Circles

Pezo von Ellrichshausen designs a building made up of 100 circles