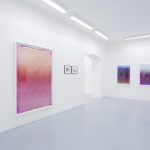 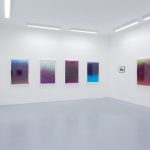 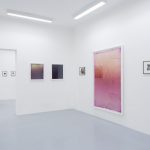 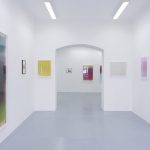 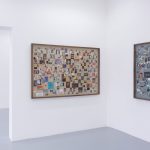 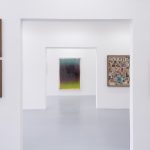 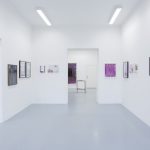 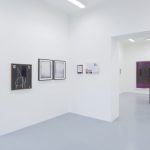 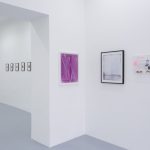 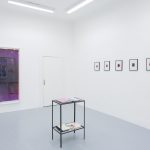 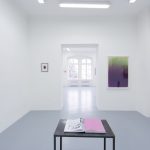 Not everybody knows that at the time when, as a curator at the Museum of Modern Art in New York, Edward Steichen was working on the exhibition Family of Man,  he had been planning to place a mirror on the wall in which the visitors could see their own reflection. This would have enabled the viewers to see themselves, if only for a brief moment, as part of the Family of Man. For the largest family album, Steichen selected 503 photographs, taken by 273 photographers from all over the world. They were arranged into an intricate labyrinth that reflected the pattern of life, from the cradle to the grave. The goal of the 1955 exhibition was to find a communality   an identity so fundamental and primaeval that all the visitors would find it acceptable. For Steichen, a committed pacifist, the aim was to achieve a symbolic reconciliation in a world that remained shattered an equality amongst human beings, in spite of the continuing, brutal divisions into superior and inferior races and in spite of the still unhealed memories of WWII.

This ambitious goal was to be achieved through a transformation of perception: reflections in the mirror were to show the emphatic reactions of the viewers.The photographs in various formats and sourced from all over the world, were meant to allow a plurality of vision, an acceptance of how we differ by noting the similarities. To facilitate this new codification of man, Herbert Bayer, a former member of the Bauhaus, produced a singular drawing that, together with Steichen’s mirror, was intended the cornerstone of the project. The pictogram showed a figure with an eye instead of a head, surrounded by a circle of images; his central position, gave the potential viewer the vantage point of panoptical vision. The sketch, which brought to mind Leonardo’s Vitruvian Man, was intended to get away from the one-dimensional message, typical of totalitarian propaganda, which imposed a single message, a single point of view and thus a single point on which the individual was meant to focus his gaze, thereby losing sight of all others. In a nutshell, for Steichen and others engaged in the project, the lodestar was the return to the viewer of his free will.

As the old jocular Polish saying has it, when it comes to the family, you come out well only in a photo. If this should indeed be the case, it’s worth asking why. Perhaps this is so thanks to a quiet act of coercion by whoever takes the snap and compiles the family album. He waits for the ideal moment, when everybody is smiling, if only for a split second. He re-arranges the selected photos and abandons others. In this way it is possible to tell at least two lies, covering up and concealing all that is irksome in the family. And a third opportunity arises – the performative aspect: a suitable corrective narrative, evoked every time that one looks through the album. Each of these manoeuvres at assuming ownership leads to yet more mirror reflections. Sometimes these look like reflections in a distorting mirror. At other times, the mirror may be deliberately smashed.

The latter possibility is the most likely in the work of Michał Jelski. The Family of Man that the artist proposes has been built from the chinks, cracks and eruptions that tend to accompany conflicts. If, in his work, Edward Steichen aimed to paper over the cracks that divide people, Jelski reveals them, making use of identity – the same concept that the American curator had used. This time, however, it has been modified to fit in with the contemporaneous model; it is not underpinned by the notion of our common identity ‘under the skin’. The world that Jelski presents is atomised and based on powerful emotions; there are boundaries that are difficult to cross. He also achieves this effect with his use of photography, employing it in his actions.

The majority of the works form another collection – differentiated photograms.  Some have been juxtaposed with archival cuttings of underground  zines that Jelski had collected in Poland. Published by various subcultural factions, these are examples of closed identities, often constructed around the differences with other social tribes. In Jelski’s work, they are set up as part of a hybrid – since they are combined with abstract forms arrived at as a result of photographic paper reacting to light. By the same token, they act as conflict triggers.

The large-format photograms have also been affected, deliberately marked by the artist as if subject to some continuing struggle. In a way, they insist on the physical dimension of the photographic image, which is usually so easy to present and bend to one’s will. In the exhibition, these photograms are an almost architectural element; not only do they divide and organise the space but also, through the cracks on the surface and the seepage of chemicals, they indicate that images have layers, that they have a material presence.

The last element is a modest book covered with books which are yet further permutations of the concept of the Family of Man, the ultimate of these being the artbook Family: Polish Underground and Inspirational Quotations from Family of Man.   One can find there splinters from Steichen’s mirror. Edited by Jelski, the book consists of photographs from and fragments of zines, clashed with statements taken from the 1955 original. Idealistic aphorisms are vying for attention with bold statements that are radically different from the images which had been intended to convince the viewer of the commonality of experience.

Interestingly, the starting point for Michał Jelski’s realisation is also Bayer’s pictogram, which has been incorporated in the way in which the artist uses the gallery space. However, Jelski implements the promise of the plurality of perception differently from Bayer. Rather than combine images through similarities, he proposes to link them through conflict, as if he were sanctioning the compilation of a photo album of a conflicted family. This is an interesting way to take further the observation of Fred Turner, a researcher from Stanford University, who in Steichen’s project sees the origin of the contemporary multimedia experience. At the same time, he notes the ostensible promise of the freedom of perception, given by the curator of the Museum of Modern Art in New York. Although there it was possible to look in many directions, one had to conclude that each of them led to a processed image, composed so as to cover up the differences between the viewers and the protagonists.

Let’s also note that the exhibition prepared by Michał Jelski is not historical in character. It does not set out to provide a reply to the 1955 exhibition; it rather draws on it as a cultural text. This is a significant distinction, because it demonstrates the accepted and, seemingly, necessary, current detachment in dealing with photographic images. Jelski does not reach for a camera; he does not take shots that show the world. Instead, he uses ready-made photographs to employ them in a narrative about the culture to which they contribute.

Today, Family of Man, which has been being reconstructed since 1996, has been permanently exhibited at the Clervaux Castle in Luxembourg. One could say that, rather than preserved, it has been kept as a former weapon in the struggle for a better world. Simultaneously, it remains a matrix for numerous subsequent panoramas and image atlases that Susan Sontag wrote about with such trepidation – that aim to index and encapsulate the world in, for one, an annual calendar of the most important – that is to say: the most media-friendly – events.

It is also possible that the iconic exhibition has been preserved because, rather than being a weapon, it has itself become one of those perfect traps in which freedom of choice is apparently maintained.  ( Jakub Śwircz )