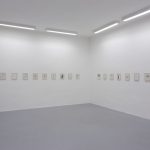 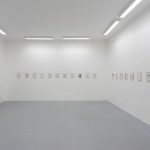 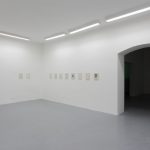 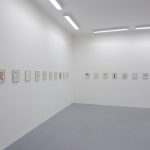 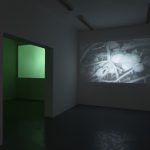 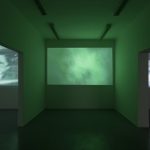 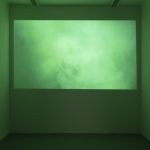 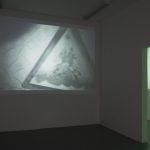 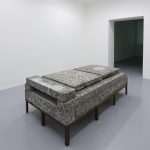 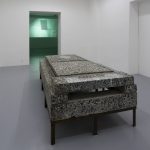 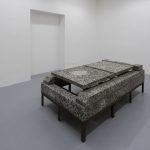 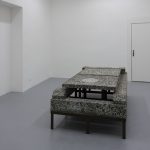 We are glad to be able to present the first ever solo Czech exhibition by Polish artist Mirosław Bałka, who in the very beginning of 1990s became one of the first artists from the so-called “Eastern Bloc” to establish himself on the international art scene.

Bałka’s art can be described as autobiographical, based on a personal history shaped by questions of religion and politics. The central themes of his art – in which he works with a diverse range of media including sculpture, drawing, performance, and video – are body, memory, place, transience, and personal mythology.

Bałka studied sculpture at the Academy of Fine Arts in Warsaw, from which he graduated in 1985. Around 1990, he switched from figurative sculpture to a more abstract form of expression. These new works were typified by simple (one might say, almost minimalist) form, but always with a strong content. He uses a wide variety of found objects, which he places into new contexts in order to create spatial installations. Although the figure gradually disappeared from his work, the presence of the body remained. In terms of scale, Bałka works with the size of his own body, making use of footprints, imprints, and even body temperature.

Working with the various aforementioned media, Bałka creates highly convincing, introverted works suffused with personal memory, placing them into new and alien environments and using history – often imprinted into the material – to create new situations with a highly urgent message.

Bałka works with a wide variety of not only media but also materials –steel, concrete, wood, salt, soap, oil, ash, and found objects possessing their own history and memory: urns, old tombstones, felt, hair. He also uses sound and aromas. The central themes of Bałka’s work are the body (corporeality) and human existence. His art shows a clear interest in the forms associated with the body and its existence (beds, coffins). Another integral part of his work is his inspiration from “personal” places, in particular his family home in Otwock, where Bałka grew up and later used as a studio. Otwock is also a place with a deeply-rooted collective consciousness of death – specifically, moments from history involving the killing of many thousands of Jews by Nazis in the World War II which have had a strong influence on Bałka. The history, materials, and layout of this place are a permanent source of inspiration for him.

In 2009, Bałka created How It Is for the Turbine Hall at London’s Tate Modern. This work – a 13 x 30-meter gray steel construction straddling the line between sculpture and architecture – provided viewers with a simultaneously personal and collective experience.

Over the past few years, Bałka presented his work via a trilogy of retrospective exhibitions, starting with Nerve. Construction (2015) at the Muzeum Sztuki in Łódź. This was followed by two exhibitions in 2016: CROSSOVER/S at the Pirelli HangarBicocca in Milan and Die Spuren, held from September 2017 to January 2018 at the Museum Morsbroich in Leverkusen, Germany. The exhibition in České Budějovice follows in the footsteps of Bałka’s more intimate presentation Ein Auge, offen, which recently concluded at Berlin’s Galerie Nordenhake.

The title of Mirosław Bałka’s first solo exhibition in the Czech Republic,                                    Der Nachthauseweg, is inspired by one of Kafka’s short stories. It is a play on words reflecting Bałka’s interest in the relationship between the concepts of night – house – path. The exhibition consists of the sculpture 229 x 118 x 75 (2017), made of terrazzo panels, their size based on the dimensions of Bałka’s body and held up by a steel structure placed on small pieces of felt that form a warm, soft contrast to the hard material. Like the other materials used in Bałka’s works, this aged terrazzo comes from his family home in Otwock, where his stonemason grandfather used it to create tombstones. In this artwork, the cheap artificial stone takes on a lofty meaning that develops a dialectical discourse between bed and stretcher, grave / shelter, light / dark, and presence / absence.

The other three rooms present three videos. apple T. (2009/2010) was filmed at the remains of Treblinka extermination camp, Smoke (2012/2013) features sounds recorded on the roof of Bałka’s studio, and Otw. (2012/2013) was recoded in his studio in Otwock. These video works are characterized by a strong sense of authenticity and a short running time, since Bałka is not inclined towards long and extensive filmic formats. In his own words: “The manner in which I understand art is closely related to the essence of haiku, the dramas of Białoszewski, sounds, a vibrant mixture, and chains of events. Video is like a vacuum that sucks everything into it.”

One highly important medium in the work of Mirosław Bałka is drawing – both in the form of large-format drawings directly related to specific themes and as diary entries of everyday life or recording Bałka’s thoughts and inspirations. For this reason, the exhibition in České Budějovice concludes with a selection of thirty drawings from Bałka’s visual diary from the years 2007–2017.

The exhibition has been organised in partnership with the Adam Mickiewicz Institute, acting under its flagship brand Culture.pl.